Jennifer Lopez is starring in a new movie entitled “The Back-Up Plan which is scheduled to be released in theaters this spring.

Do you have a back up plan?

The  spanish model, Laura Sanchez is always transmitting optimism, with a smile on her face is not surprising that she confesses that “the best trick of beauty, healthier and cheaper, is to laugh a lot”, and follow some rutins. Does anyone doubt that?
The Andalusian model has shared her beauty secrets. Take note of her advice, especially now that we are already in full set-up for the summer.
In shape. Laura enjoys to exercise, and although it goes to the gym, loves riding and swim.
Your skin. Aware of the importance of hydration, drink plent of water and always use a good morning cream moustirizer.
“No need to spend many hours in the care of the skin, but always at least a few minutes during morning and evening”.
Relaxing moments. “The stress is very obvious in our skin. A good massage is highly recommended: helps release tension, and skin and face thank us forever. ”
So do as Laura and laugh a lot!
Hola 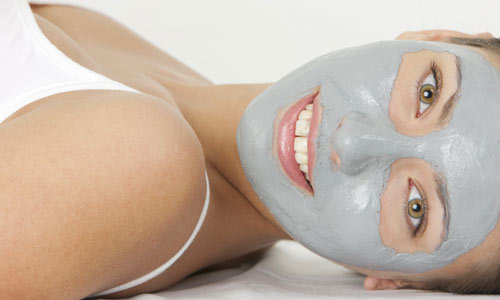 The best way of giving a true care to dry skin  is the application of a moisturizing mask. To optimize this performance, nothing like making a smooth peeling on the face, which helps eliminate dead cells and allows assets to operate in deep moisturizing.
This type of mask should become a weekly routine practice for dry skin and a  cure for skin exposed to very cold weather, wind, excessive sun or charged environments due to heating.
Get ready for the perfect summer!
Feelgood Womanhood

According to Fashionfrom Spain.com, spanish textiles group Inditex was well in profit in 2009. The fashion group’s turnover rose 7% on the previous year to €11.084 bn. Profits rose 5%, reaching the buoyant total of €1.314 bn.
The company’s foreign sales rose last year, accounting for 68% of turnover. Asia contributed most to the total, at 12.2% of sales, compared to 10.5% the previous year.
Last year, Inditex made a strong commitment to international growth, finishing the year with 343 openings, 98% of which were outside Spain, and mainly in Europe and Asia. On the Old Continent, growth in countries like Russia, with 37 new shops, and Poland, with 34, was particularly strong.
In Asia, growth focused on three main markets: China with 41 new stores, South Korea with 12 and Japan with 10. At the close of 2009, the group had a total of 4,607 shops in 74 countries.
Inditex has 4,607 stores around the world, selling its eight different brands: Zara, Zara Home, Oysho, Massimo Dutti, Pull and Bear, Bershka, Stradivarius and Uterqüe.

Naoko Yamazaki is a Japanese mother … and an astronaut. She will be the first mom to get to outer space and the world will know her adventure via herTwitter page, which already has over 20,000 followers.


Yamazaki 39-year-old mother of a girl, is flying out today fromthe International Space Station (ISS) on board the STS-131 space shuttle Discovery launched from Cape Canaveral in Florida (USA). Naoko is married and Taichi Yamazaki daughter’s name is Yuki. In addition to the stars, has other hobbies, like scuba diving, skiing and listening to music.

It is Japan’s second woman to travel into space and has already begun to tell her space journey through cyberspace.

Together with two other women she will travel the U.S. Stephanie Wilson and Dorothy Metcalf-LindenburgerAnd on the ISS will be joined by his colleague Tracy Caldwell Dyson, and for the first time four women in the place.

The four are part of the last mission NASA to bring to the ISS 7.7 tons of scientific equipment and the replacement of a tank of ammonia, the withdrawal of some trays of experiments and the setting of a gyroscope.

You can do it! 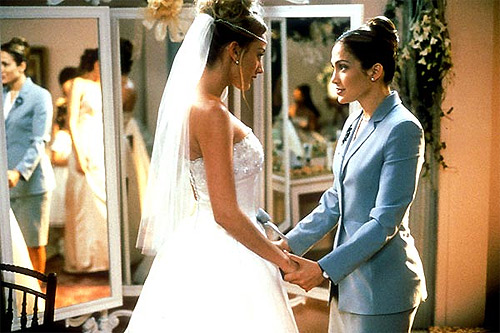 Do you remember the busy and meticulous Jennifer Lopez  in the film Wedding Planner?. The traditional figure of the American wedding planner is a dream for thousands of brides in the world, who are buried in mountains of information, catalogs, addresses, journals, appointments before the wedding. The amount of work can be too much for anybody: the larger the number of guests, the making of the weddingcake, the banquet invitations and the flowers, etc…Such amount of work is not always compatible with the already busy working lives of the couple, or just the basic tasks of everyday life.

Therefore, the figure of the wedding planner may be the perfect solution for the bussines woman and those couples who are released to trust even the smallest detail of their wedding with these agencies, experts in this matter. Your only task: setting a budget that suit you! and I do think it can be worth it and of course enjoy your wedding!. 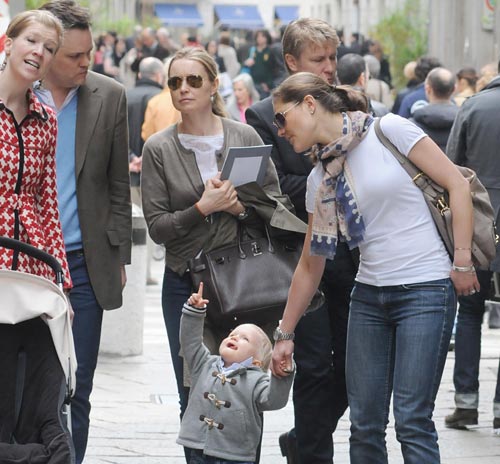 The Princess Victoria continues her tour to the fashion houses. Before in Paris, where she visited her new stylist Tina Törqvist, and this week has been to Milan, Italian fashion mecca with some friends. A short vacation probably in order to finalize the details of her wedding and of course, to remove the pre-wedding stress.

So before your wedding Feelgood!!