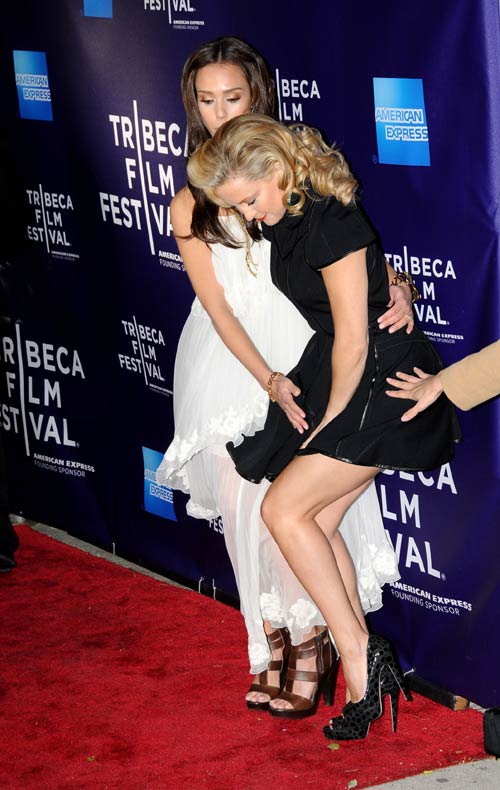 Jessica Alba and Kate Hudson attended the Tribeca Film Festival to present the film The Killer Inside Me . Jessica in white and Kate in black, made their particular actresses parade on the red carpet of the event due to the strong wind at the premiere.
Fortunately Jessica Alba noticed it and prevented Louis Vuitton dress Kate to show up more than it should. The scene remind us a famous film image by Marilyn Monroe .
Jessica Alba with one hand in front and one behind in order to avoid it and help Kate against the wind.
Feelgood Womanhood

The Hollywood actor Robert de Niro has been responsible for kick-start from New York the Independent Tribeca Film Festival , which he created along with film producer Jane Rosenthal in 2002.
This year the festival will be devoted primarily to new technologies enter them in 3D and on the Internet revolution. In this issue involved a score of films from European countries like France, Belgium, Ireland, Germany, Sweden and Denmark.
Viva the Independent Film Festival! and think outside the box!