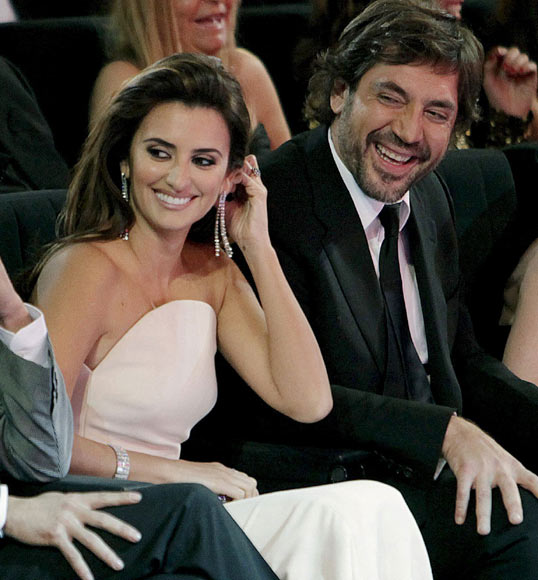 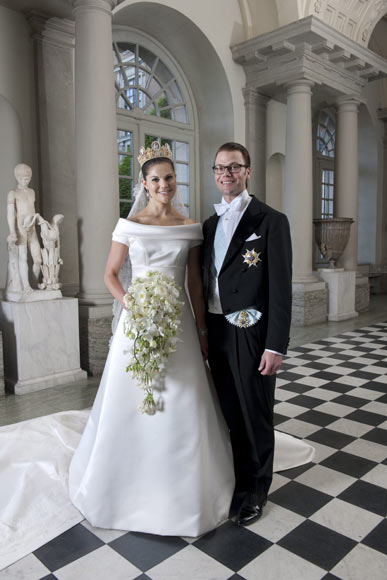 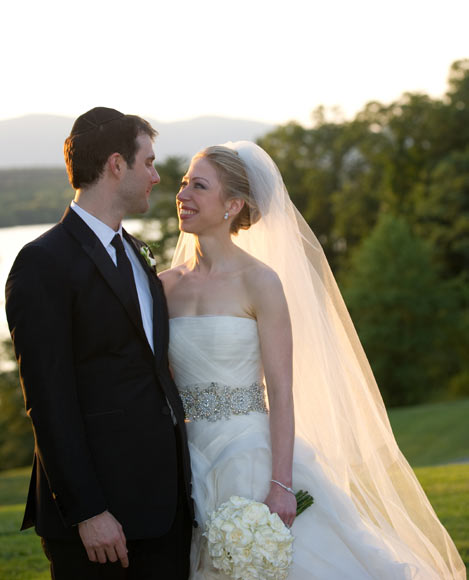 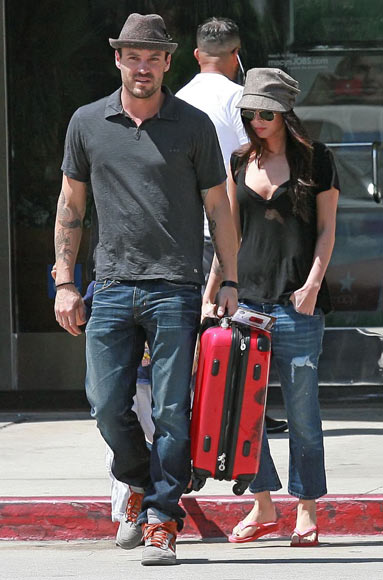 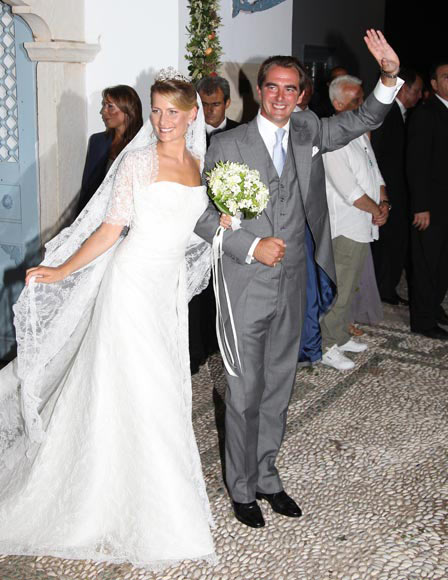 Hello!. People seem very happy this summer!.  I am happy about that!.
The summer of 2010 will remain in our memory,  by the number of weddings. Royal wedding, secret wedding, weddings, weddings on the beach or atypical, and it could well be remembered as the summer of love.
Nothing better to start with the Royal Wedding of Victoria of Sweden and Daniel Westling, 19 June. A fairy tale wedding with which the Swedes had dreamed for many years and finally got to see their future Queen pass by the altar on a day that will go down in history. But it was not the only wedding of a member of a royal house, since we have been able to witness the marriage of Prince Nicholas of Greece and Tatiana Blatnik in the romantic Greek island of Spetses, on 25 August.
There have been many surprises, Penelope Cruz and Javier Bardem announced that they had become husband and wife in a secret ceremony in Hawaii. Also in Hawaii, and only to six people, married Brian Austin Green and Megan Fox. Orlando Bloom and Miranda Kerr were the happy news that they had married in a ceremony at Los Angeles and then returned to announce something even better: they are expecting their first child.
Another very intimate wedding was that of Julio Iglesias and Miranda Rijnsburguerwith putting the finishing touches on 20 years of relationship. The ceremony, which took place in the Church Virgen del Carmen de Marbella.
More Alicia Keys and Kaseem Dean, Hilary Duff and Mike Comrie and Anna Paquin and Stephen Moyer. But in terms of original wedding, Robbie Williams and Ayda Field,
And you. do you believe in marriage?
Link with your love the way you want and Feelgood

Hi friends!. Here come Prince Daniel´s words at the banquet yesterday. Words full of love and dignity as the real prince he is. A good exempel of how you can get what you want if you really want it!.
So Prince Daniel to his Princess Victoria:
“Many people see the fact that I met and fell in love as a kind of fairy tale. The man of the people who won the Princess. Yes, it’s really a fairy tale, but do not think it a coincidence that this happened here in Sweden, where the motto of the King is “for Sweden, with the times.” Nine years ago I had the privilege of meeting a young woman with a strong sense of duty and great sense of humor (…) There have been times when Victoria was traveling and put distance between us.During a trip to China, where we were separated for a whole month, she came home late the night before the trip, but instead of sleeping, she sat down and wrote all night. In the morning I found a box with 30 letters she wrote to me. This romantic gesture is so typical of you, Victoria. It shows how caring you are. After provoked the laughter of his guests by saying: “There was once a young man who perhaps was not a frog … As in the fairy tale of grime, but it certainly was not a prince. The first kiss did not change the situation, the Prince would not have been possible without the wise counsel of the King and Queen who led the couple. I am grateful for the unconditional support of the Kings. ”
He also addressed his parents: “Throughout my childhood, I have given unconditional love and helped me build a strong self-esteem and good values. I have found strong support and has meant a lot to me. I will do everything possible to support Victoria in her  important work. Finally, Daniel turned to Victoria: “I am proud to be your husband and I will do everything possible to continue making you happy. Victoria “ After Daniel’s speech Victoria turned to tears of happyness and the crowd cheered and applauded.
Have focus, believe in yourself and Feelgood!
You´ll get what you really want!

Hi there!. Nice to be in Stockholm these days!. Love is in the air!…
Stockholm hosts this morning to the first royal guests to the Royal Wedding of Victoria of Swedenand Daniel Westling. The city of love is from today also the capital of the royalty. Haakon andMette-Marit of Norway with his daughter, Princess Ingrid Alexandra, the princess Marta Luisa, and Ari Behn; Mary of Denmark with his son, Prince Christian , and Maxima of the Netherlandswith her older daughter, the princess Amalia, already in the Scandinavian country.
The Princess Mette-Marit, Mary and Maxima have exercised this morning from proud mothers carrying their offspring, Princes Ingrid Alexandra, Christian, and Amalia, who shall serve as pages and ladies of honor on the link to one of the last trials wedding in the cathedral of Saint Nicholas. The Princes already installed in Stockholm will meet again at the private dinner that will provide their hosts, the king Carl Gustaf and Silvia, in the Royal Palace.
Enjoy  a royal Stockholm if you have the chance and Feelgood!

Hi there!. I do like this picture, don´t you?. So much love in it!.The Princess Victoria and Daniel Westling are getting ready for the big day. The Swedish couple are just a few steps from the altar. I am so happy to be in Stockholm as wedding celebrations begin these days.
Tonight begins the first officially scheduled evening in honor of the couple: a government dinner at the East Indiaman ship Gothenburg Skeppsholmen. Tonight starts the countdown.
Wednesday June 16
Dinner at the East Indiaman ship Gothenburg Skeppsholmen.
Hosts: County Governors
Thursday June 17
Private dinner at the Drottningholm Palace
Hosts: Kings
Friday June 18
Government Reception at Stockholm City Hall
Hosts: Government
Dinner at the Ericson-hall
Hosts: Government
Concert in the Stockholm Concert Hall
Hosts: the Swedish Parliament (Riksdag)
Saturday June 19
15:30: religious marriage ceremony in the Stockholm Cathedral
16:40: parade and cruise in the Royal Barge, Vasaorden
17:40: Arrival of the bride and groom to Logården
18:00: Tribute coral Lejonbacken (entrance to the Royal Palace)
Wedding banquet in the Royal Palace in Stockholm
Enjoy wedding celebrations in Stockholm, Sweden and Feelgood

I really like this picture. They´re together the image of happyness.
The Swedish couple , happy after this new step towards the altar at the ceremony a few days ago of the warnings and the subsequent private reception at the palace  received the swedish Parliament and Government and they really seem to feel good. The countdown has started!
I think Victoria looks so happy. Dont´t  you agree?
Get inspired by love´s joy you too and Feelgood!

From Spain, Madrid to Sweden, Stockholm…Miss Loves loves the city of Stockholm, the capital of Sweden that as many already know during long time has been preparing every detail for the June 19 , the day when Crown Princess Victoria will  say  “I do”. Here a view of Stockholm where the wedding will take place. Beautiful!
Stockholm will be the center of attention worldwide during these days.
Feelgood in Stockholm
Here come some tips if you need to book a restaurang during your stay

Top Trends for 2011:  Even it is still too early to venture what clothing, fabrics and accessories will be next season (just a few days left for the two major Spanish trade fair for brides, Brides Cibeles Madrid and Barcelona Bridal Week, open their doors), New York has hinted some of the wedding creations in the coming months: pompous dresses, princess silhouette …a royal wedding is in the air!
Show off the princess in you!
Feelgood Womanhood