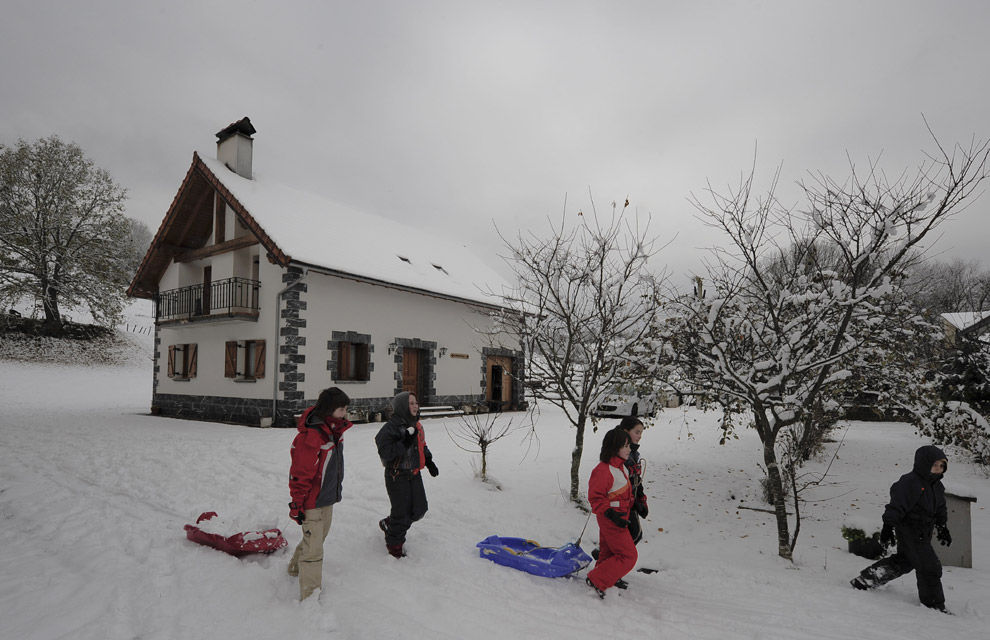 Hello! It’s cold in Sweden! It feels like we’re already in winter, a Swedish one.  Well as I live in Sweden but I can from “the sunny Spain” I allways get questions about the weather in Spain and how warm it’s down there as many just take for granted it’s warm there. But look, it can be cold there too! For those you wonder, I’ve got this picture from my friends in Spain today. The storm affected nearly all Spain, and the thermometer has plunged to 10 degrees below zero in some regions, that has brought the first snow of the season. In the north of Spain and the Community of Madrid the snow could reach two inches thick in the south metropolitan area, and six inches in the mountains. In the image you see the north of Navarra, in the Pyrenees close to the frontier with France. So now you know you can enjoy snow in Spain too! 🙂

As I used to say, appearances can deceive, so take your time before you make your statements.

Never take anything or anyone for granted and Feelgood!